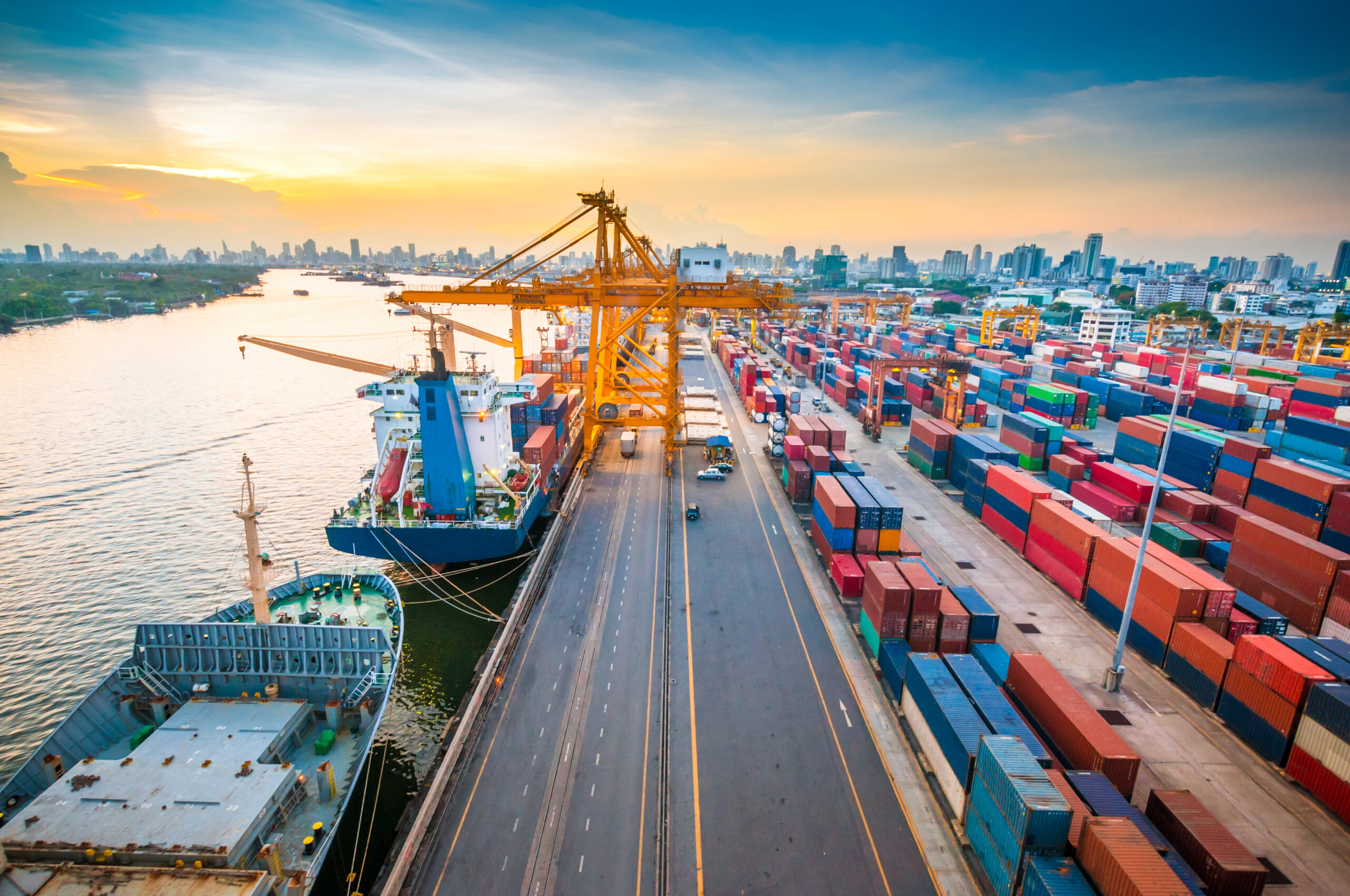 Last week, truckers blockaded the port of Oakland – the ninth busiest in the U.S. – in protest at a new gig-economy law passed by the state of California, which they say will damage their pay and conditions.

Four hundred miles to the south, at the ports of Los Angeles and Long Beach, tens of thousands of containers are backed up on the dockside waiting for freight trains to transport them to customers across the U.S.

These latest delays come at a time when weeks of negotiations between West Coast port management and dockworkers on a new multi-year labor contract have yet to reach an agreement. The existing contract, covering 29 ports, expired on 1 July.

The last time negotiations broke down, in 2015, West Coast dockworkers went on strike for more than a week, causing gridlock and saddling U.S. firms with billions of dollars of additional logistics costs and lost business.

Any industrial action at West Coast ports would exacerbate the current backlogs. At LA and Long Beach, the two biggest U.S. ports by cargo volume and value, almost 30,000 containers are waiting for a train – three times the normal figure.

Average “dwell times” – the period between a container being unloaded from a ship and taken away by road or rail – are now more than a week and growing.

The seriousness of the issue for U.S. supply chains was underlined by President Biden’s personal visit to LA last month to encourage a swift resolution of the port negotiations, and the fact that his administration has intervened to try to head off potential rail strikes.

Problems on the U.S. West Coast follow weeks of disruption at key originating ports in China, as cities such as Shanghai and Shenzhen have locked down as a result of the country’s strict zero-COVID policy.

An analysis of bills of lading data on Interos’ Resilience platform shows that:

According to the Port of Los Angeles, of the 10.7 million containers and $294 billion of cargo value it handled in 2021, the top five imports were furniture, automotive parts, apparel, plastics and footwear.

Together with its Long Beach neighbor, it accounted for almost three-quarters of West Coast port trade and 31% of the U.S. national total.

When Oakland and the other 26 West Coast ports are included, they collectively handle around 60% of all imports coming into the U.S. from Asia.

However, what these impressive figures mask is the woeful inefficiency and low productivity of West Coast ports.

In the Container Port Performance Index 2021, compiled by the World Bank and S&P Global Market Intelligence, LA and Long Beach were ranked last and second last among the 370 global ports assessed.

Oakland didn’t fare much better, taking 360th place in the statistical analysis of a range of port operations and management factors.

These dreadful results highlight both the urgent need for investment in port infrastructure and the fact that any labor problems will quickly have a negative impact on dependent supply chains.

These include not only retailers in segments such as toys and household goods, but also technology, automotive and aerospace & defense manufacturers.

Separately, the Port of LA last week revealed that the number of cyber-attacks it is being subjected to has almost doubled since the pandemic began.

Executive director Gene Seroka told the BBC his port was experiencing around 40 million attacks every month, and that it was working closely with the FBI to improve its cyber resilience.

Workarounds available, but at a price

Big manufacturing firms have pursued a similar approach. A recent analysis of more than 2,300 publicly listed manufacturers found that inventories were at an all-time high of almost $1.9 trillion.

Despite these options, U.S. companies remain heavily dependent on West Coast ports for supplies of raw materials, components and finished products from China and other Asian countries.

They will be keeping their fingers crossed that the current labor and logistical issues can be resolved quickly and that they don’t cause further supply chain disruptions this year.

To learn more about the potential impacts of global supply chain disruptions, including the cost of port disruption, check out Interos’ annual market research report, Resilience 2022.

Whether Russia turns the taps on the Nord Stream 1 natural gas pipeline back on when its scheduled 10-day maintenance is concluded next week is the subject of much discussion in European circles, along with the potential impact on the supply chain.

The pipeline, which stretches for 760 miles under the Baltic Sea from northwest Russia to northeast Germany, accounted for around one-third of Europe’s 155 billion cubic meters of imported Russian natural gas in 2021.

Natural gas has become a foreign policy weapon, as Russia retaliates against the West’s imposition of far-reaching economic sanctions in response to its war against Ukraine.

Regardless of Moscow’s short-term actions, Europe’s nations are preparing for a “nightmare scenario” in which Russian gas supplies — representing some 40% of the continent’s annual consumption — are switched off permanently.

While much of the public debate revolves around whether European citizens will be able to heat their homes this winter, the impact on the manufacturing industry would also potentially be significant if Russia were to cut off its gas supply.

Energy-intensive products such as chemicals, plastics, rubber, metals, and glass rely heavily on natural gas. Germany, which along with Turkey, Italy, and France is most dependent on Russian gas supplies, is a major European manufacturer of these products.

Germany’s chemicals industry, led by companies such as BASF and Bayer, is the largest in Europe and accounted for 10% of German exports worth €137 billion last year.

The sector is the country’s biggest industrial user of natural gas, consuming around 30% of the total, and its business model has been built on the back of cheap Russian supplies.

Chemical firms are also an important supplier of raw materials and parts to German automotive and industrial equipment makers — the manufacturing backbone of the country’s economy — so disruption would cause substantial supply chain challenges.

An analysis of Interos’ global relationship platform data shows that:

In the case of metal production, including steel and copper – industries which collectively are Germany’s second biggest industrial consumer of natural gas — our data analysis reveals that:

In an effort to head off potential gas shortages in Germany and other member states, the European Commission (EC) has been working on a plan based around four main strategies: storage, diversification, demand reduction, and rationing.

In June, the European Union (EU) passed a policy stipulating that natural gas storage facilities should be at least 80% full by November 1st.

As reported by The Economist, some analysts believe Germany is making good progress towards this target and may be able to survive the winter even if Russia cut off its gas supplies from this month onward.

Germany is less well positioned on alternative energy sources in the form of liquefied natural gas (LNG), it notes, because the country lacks its own processing facilities.

Europe has snapped up 30% of the global LNG market in 2022 so far, increasing supplies from countries such as the U.S. and Qatar.

But LNG, along with gas supplies from Norway, Azerbaijan, and other nations, won’t be enough to make up the shortfall in the near term if Russia turns off the taps.

That raises the prospect of demand reduction and rationing. The EC is expected to give more details of its plans for this by  July 20th, but measures are likely to include incentives for companies to reduce their gas consumption during the next few months.

Getting a Europe-wide agreement on gas rationing looks far from easy, but manufacturing companies in Germany and elsewhere are already preparing for this scenario — including the option of using coal to power their furnaces.

European energy firms are also under pressure. Last week, Uniper, Germany’s biggest gas importer and storage company, was forced to request a government bailout, warning that its losses for the year could hit €10 billion.

Price increases a risk for manufacturers and the global supply chain

If European manufacturers are forced to shut down chemicals, metals, and other production lines for any length of time because of a shortage of gas, this would have serious supply availability implications for global supply chains. The circumstances would also require that companies have up-to-date insight into disruptions in order to adapt.

Even if this fear proves to be unfounded, the prospect of further price rises for energy and, in turn, manufactured products remains a real risk.

In recent weeks, the cost of oil and key commodities has fallen from the peaks seen following Russia’s invasion of Ukraine in late February, as demand and economic sentiment have declined.

The latest S&P Global/BME Germany Manufacturing Purchasing Managers’ Index (PMI), for example, shows that the rate of increase in both input costs and factory prices slowed for the second month in a row.

But that trend could quickly be reversed if Russian natural gas is permanently switched off.

European spot-market prices for gas have been rising since early June. And U.S. natural gas futures prices have been climbing again in July after falling sharply in June from a high of $9.30 per one million British thermal units (MMBtu) to $5.35/MMBtu.

To learn more about how the Interos platform can help your firm handle the supply chain fallout of a Russian gas shutoff, visit interos.ai.