This grainy picture, taken 43 years ago near the Khyber Pass, a narrow route through the mountains that connects Afghanistan to Pakistan, shows a young girl standing by a car on the day that she became a refugee and immigrant.

This is my picture, age 12, standing next to two smugglers who agreed to bring my brothers and me from Kabul, through eastern Afghanistan to the Khyber Pass in 1978. My parents were unable to obtain passports for us and they had to find ways to get us out of the country, narrowly escaping the violence that followed the April Revolution.

In many ways, we were extremely fortunate. Long-standing friendships enabled my family, unlike many other refugees, to quickly find our way to Hamburg, Germany. Our parents ensured that we were quickly enrolled in language classes and then traditional schooling, easing the cross-cultural barriers refugees typically contend with. This marked the beginning of my journey as one fortunate enough to attend college and ultimately begin a career in Human Resources.

I consider myself extremely privileged to have, throughout my career, worked closely with many strong, smart and generous women leaders who encouraged my growth, provided mentoring, offered advice, and ensured that a more junior female colleague was able to build a career. The importance of growing the next generation of leaders, particularly women in tech, was instilled in me from start, and has endured in me to this day.

Today, as the Chief People Officer of Interos, one of my, and the company’s, foremost aspirations is that we will offer a diverse, equitable and inclusive environment to our team members. Together, under the leadership of our female founder and CEO, Jennifer Bisceglie, our mandate has been established: Interos will be 50% female by 2025!

Achieving this goal will not be simple, given the gender gap that exists globally both within and outside the tech industry.

According to the World Economic Forum’s Global Gender Gap Index, gender gaps in professional roles have been narrowing – nearly 76% of the gap in these roles have been closed globally. 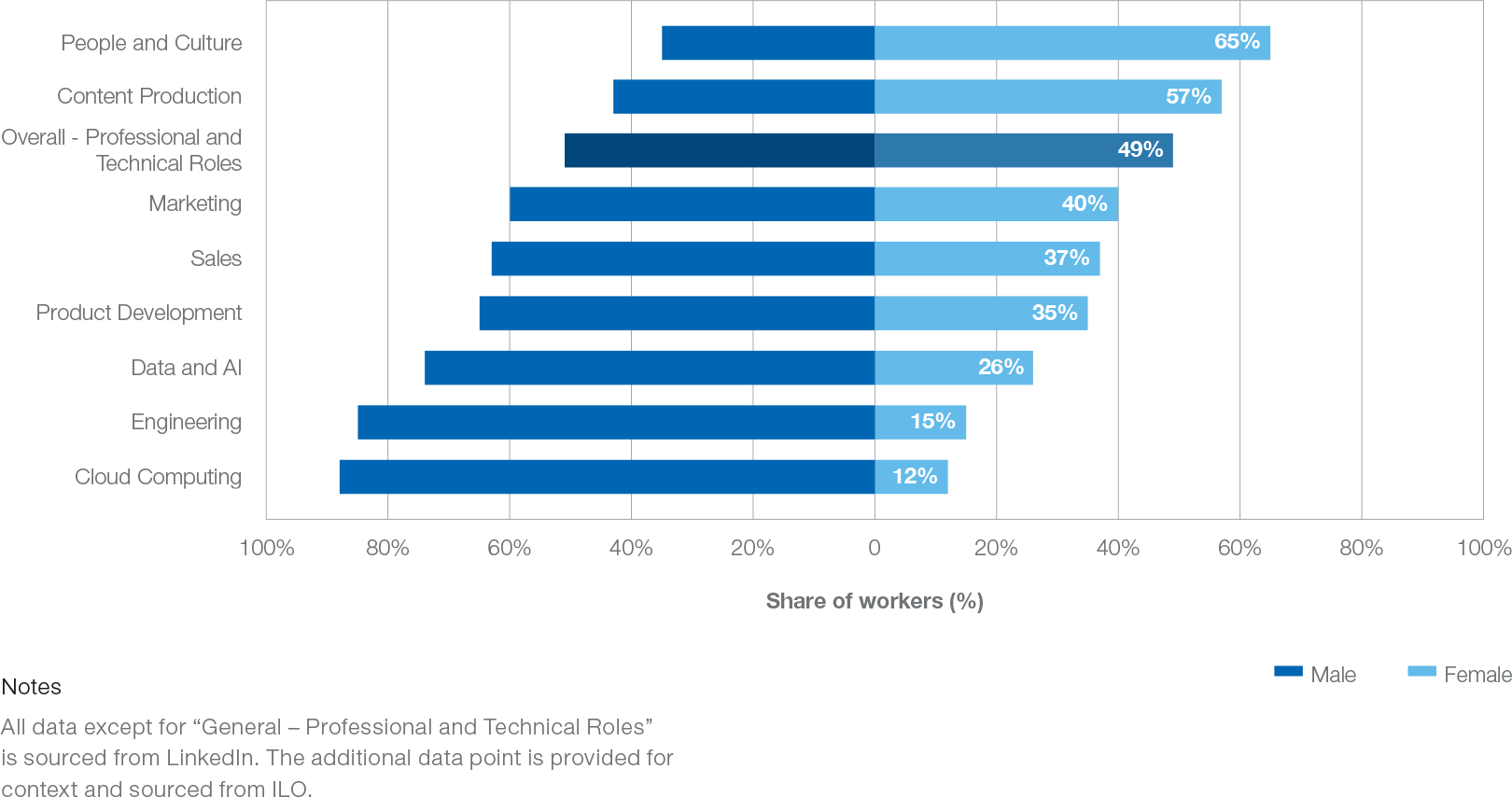 Despite this progress, we are far from parity.  Per LinkedIn “across the three technical frontier role clusters” female workers hold just an estimated 26% of workers in Data and AI roles, 15% of Engineering roles and 12% of Cloud Computing roles. There is some hope that, with the rise of Data and AI jobs, this new technology profession will offer greater parity than the more established technology professions of Engineering and Cloud Computing.

Of course, establishing a goal is not quite the same thing as accomplishing it. We are announcing this goal because we want you to know how serious we are about making it a reality – and so you can hold us accountable to it.

So what are we going to do about it?

We’ve already several steps to start making this goal a reality. They include:

With this in our background – and with strong female leaders in place at Interos – we are poised to reach our 2025 goal.

President Biden has called America to action on supply chain security – Now what are we going to do about it?