Don’t Put All Your Eggs in One Container Ship: The On-going Suez Canal Bottleneck Makes the Case for Operational Resilience

Global supply chains and the broader international economy have been reeling since Tuesday when the Ever Given, one of the largest container ships in the world, became lodged across the Suez Canal, completely blocking the flow of goods through the vital passage.

The narrow structure normally sees around 50 vessels pass through it each day and accounts for 30% of global container ship traffic and as much as 10% of global trade. The blockage is reported to be delaying an estimated $400 million in goods per hour, costing global business about $10 billion per day. While some officials have promised that the blockage will be cleared over the weekend, some experts are currently estimating that it will take several more days, possibly weeks, to dislodge the Ever Given.

If the crisis lasts longer than a month, supply chains will need to make significant changes to shipping routes and procedures – all of which could cause temporary shortages of goods, trade route congestion and create significant financial setbacks for all parties involved, especially within the oil and gas industry, for whom the Canal is of critical importance.

Approximately 20% of crude oil from Asia goes through the Suez Canal. But these immediate effects, including higher prices at the pump, could be swiftly overshadowed by unexpected “ripple effects” as the impact of the disaster spirals throughout the global economy. As just one example, the blockage is likely to cause many companies to divert critical goods to air cargo and other freight lines, potentially displacing or overloading cargo there.

The Suez Indicates Supply Chain Visibility is More Important Than Ever

Moreover, while direct suppliers and buyers are likely aware if their cargo is affected, they may be completely unaware of the ripple effects to their second, third, and fourth tier suppliers: the companies they do not directly do business with but whose goods or services they depend upon nonetheless. With the overwhelming majority of companies still relying on manual, spreadsheet-driven systems for tracking their suppliers, insight beyond the second or third tier for most global business is difficult.

To those plugged into the world of global commerce, this incident is just another powerful example of the fragility of global supply chains that are vital to the world economy. The past year has seen a seemingly endless parade of these perils: The emergence of the 2020 COVID pandemic was certainly the biggest wake-up call of late for these “Black Swan” unanticipated events. These crises point to the need for government agencies and private sector organizations to prioritize operational resilience – the state of fortified, redundancy and intelligence-driven stability created through smart supply chain risk management.

Our most critical organizations – and federal agencies — must have deep visibility into their extended supply chains and the many risks that can significantly impact them. More than ever, organizations need to be operationally resilient so that they can bounce back quickly – by strategic repositioning and other means – from these sudden and potentially highly damaging setbacks originating in the supply chain. So-called Black Swans are no longer going to be viewed as an excuse for not having planned for contingencies, especially when technology exists today that enables you to map, monitor and model your extended supply chain. 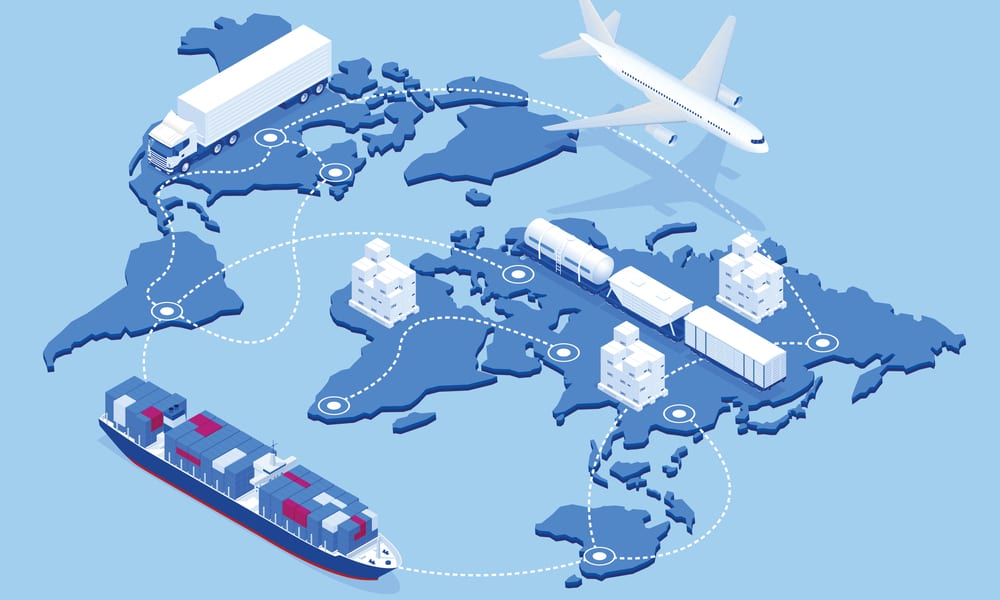 Takeaways from the Suez Blockage

Some Takeaways from Suez:

The Suez Canal “beached whale” incident highlights the requirement to know supply chain concentration points and the critical need to build contingencies/resilience around those points. Companies should be asking themselves:

At Interos, we are urging companies to invest in operational resilience and anticipate supply chain problems so as to avoid putting themselves into vulnerable positions in the first place or, at least, to reduce vulnerabilities as soon as they are revealed. With billions of dollars of revenue on the line, it is far better to be proactive than reactive. There are advance scalable systems —   software platforms built around Artificial Intelligence and Machine Learning — that allow you to track risk in real time and make adjustments accordingly whether it’s the overall extended supply chain or at-hand logistics.

If the Suez Canal fiasco teaches us one thing, it’s this: be aware of concentration risk when it comes to your supplier hubs and your supplier routes because you can’t put all your eggs in one container ship. “SHIP happens,” but it doesn’t have to be that way!

Get the Latest News

Sign up and get the latest information on the events impacting your operational resilience.