The Chinese government has escalated its response to a Covid-19 outbreak in Shanghai, sending in more than 10,000 health workers and 2,000 military personnel to conduct mass testing of every city resident.

The testing comes as the latest step in what started as a two-phase lock-down to reduce virus transmission and has a major impact on supply chains, the global economy, and companies such as Tesla and Volkeswagen who have major factories in that region. These factories have been forced to temporarily shut down during the initial phase of the most recent lock-down.

The aggressive testing approach comes as part of China’s zero-Covid strategy, which in recent weeks has led to rapid shutdowns of major economic and manufacturing regions to contain the spread of the virus. Shanghai, home to more than 26 million people, reported more than 9,000 new cases early Monday.

Although Chinese officials claim the port remains open, port workers, factory workers and truck drivers are not permitted to travel to work. This will limit the ability factories to deliver containers to the ports during this time.

Aside from Shanghai, over the past few weeks the Chinese government has also locked down the key business city of Shenzhen, and ten other areas due to new cases of domestic COVID infections. In the northeast of the country, Changchun and other cities in Jilin Province have shut and smaller cities such as Suifenhe and Manzhouli (on China’s border with Russia) have temporarily closed as well.

Many of these areas within China are critical international hubs for manufacturing and technology. The extreme and now-frequent shutdowns have further taxed already-stressed global supply chains. 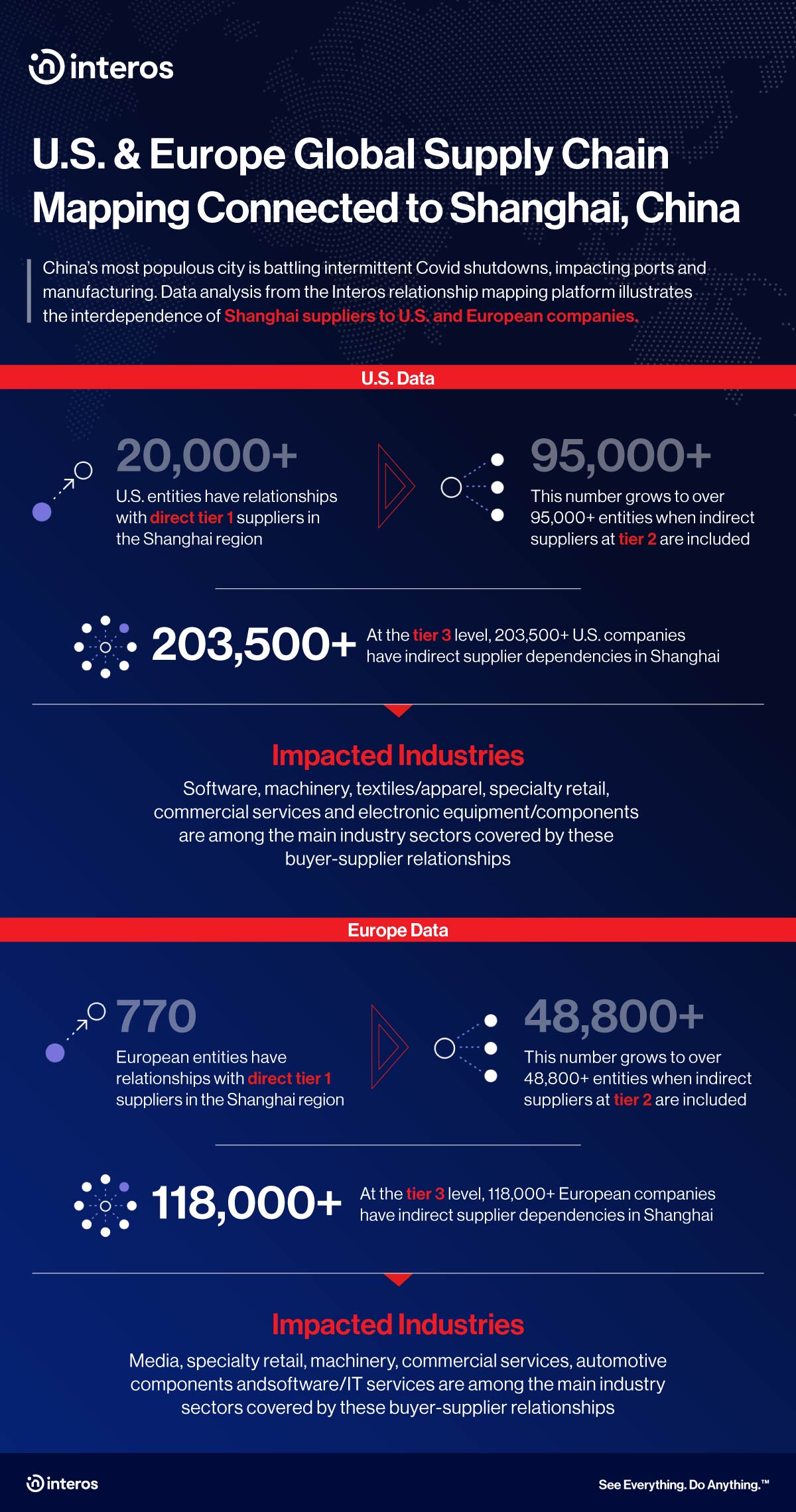 Data analysis from the Interos global relationship mapping platform illustrates the importance of Shanghai to US-based companies, for example:

When including Shenzhen and Jilin to the Shanghai disruption, we find the following:

China has been indiscriminate in its closures. The one-week shutdown of Shenzhen, included Yantian, home to another of the country’s busiest container ports. Other highly populated districts of the city, including the commerce hub of Futian and technology-based Nanshan, were also closed. These closures prevented millions of office and factory staff from getting to work. 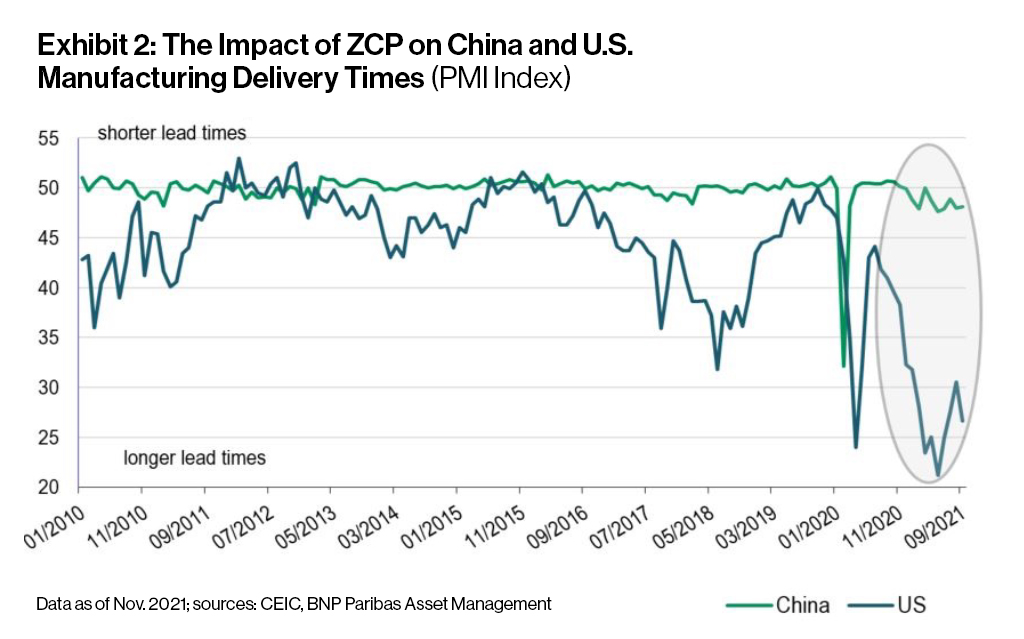 Because most Chinese factories do not disclose inventory details, it is difficult to predict the immediate impact of these closures. Existing stocks and spare capacity at alternative plants outside the locked-down areas can absorb orders for a short time.

Some manufacturers resort to creative measures. For example, Apple contract manufacturer Foxconn was able to restart some production at its Shenzhen factory using a “closed-loop” system where workers living on-site must remain on the company’s campus. GM and Volkswagen have also been able to keep their Shanghai plants open. But even creative solutions like this don’t work for all companies: Tesla attempted to use the closed-loop system when Shanghai was closed, but ultimately could not due to lack of provisions.

Because of the global reliance of US, British and other companies on suppliers in these affected areas in China, delays to finished products, parts and components from the region are likely. As a point of reference, last year’s one-month disruption at Yantian port, the world’s fourth-largest, held up thousands of shipping containers. The ensuing backups caused a massive ripple effect on global supply chains.

Any extended lockdown would likely affect semiconductors and electronics used by multiple sectors, including the automotive industry, extending long lead times for these products further.

Click the video to learn how to use the Interos platform to monitor Shanghai supply chain risk exposure.

China’s zero-COVID policy may also increase pressure on the global economy by intensifying the impact of inflation. Supply chain bottlenecks were expected to “materially ease in the early months of this year,” with downward pressure on producer and input prices and shorter lead times, according to Katrina Ell, a senior economist for Asia-Pacific at Moody’s Analytics. “But given China’s zero-COVID policy and how they tend to shut down important ports and factories — that really increases disruption.”

The US Federal Reserve and the International Monetary Fund have both issued similar warnings. The IMF also revised up its near-term projection for inflation “in response to the anticipated slower resolution of supply issues”.

This post has been updated from its original version to include new information.